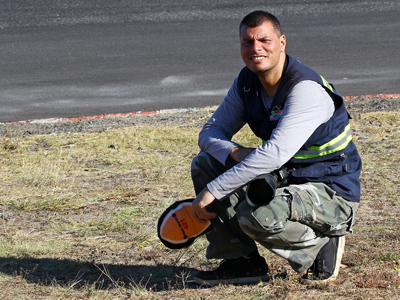 Jason grew up in a family passionate about rallying. He regularly attended various Western Cape and national rallies as a spectator. He also soon developed a love for photography on started capturing his favourite moments from these events.

As predominantly a rally photographer, Jason spent many years not holding accreditation due to the open nature of photographic opportunities in the sport. During the end of the 2015 season, he was approached to apply for accreditation which led to him also starting to cover circuit racing events. Along with his wife, he also started Dan and Jason Photography specialising in weddings and corporate events.

His keen eye for detail and previous experience in brand photography saw him assisting RacePics.co.za Team during the end of 2017, was followed up with him joining the team as one of the photographers based in the Western Cape.