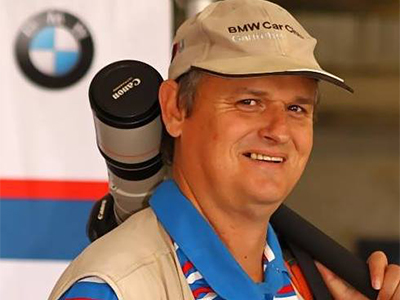 My interest in photography started in 1994 when I became an accident investigator at SAPS Pretoria Central Collision Unit.

Being in the SAPS did not allow for many luxuries let alone the finances to dash off and buy a new camera. My first camera was an old second hand Canon EX Auto which I bought for R200.00.

With this camera I basically started learning about photography. I must say that it delivered relatively good images for the type of work I was doing at the time; taking photographs of motor vehicle collision scenes.

Eventually when the Collision Unit was formally acknowledged as a valid unit was I issued with a Chinon CP-7 from the SAPS Criminal Record Center. All of a sudden the camera had a bunch of settings I never knew existed!

I attended the official SAPS Photography course at Pretoria LCRC. At last I learned about optimum exposure, where the F-stop and shutter is and what all the buttons meant on the camera. Although I was taking relatively okay photographs I remember the first month or so after the course I developed more flops than ever before! Eventually I did some troubleshooting and soon discovered my mistakes. My photography improved overnight by just paying attention to the settings of the camera.

However, crime scene photography is very abstract and factual, rather boring if I might add. Having to frame everything in the middle was easy enough to learn but had its disadvantages of limiting ones creativity and became evident over time. Even though I knew about playing with depth of field and shutterspeed, was it very difficult to take an artistic photograph showing off these features simply because my photography was limited to crime scenes and a very abstract mindset.

Attending the Video Operators course of the SAPS taught me a lot about shot selection, the third rules, etc. This was a great introduction to a more artistic approach to photography. However the job at hand required my full attention at the time. Not practicing the new techniques learnt did not do me any good. Only when I left the SAPS and started working for myself did I really start paying more attention to photography.

I am one of the directors and a forensic investigator for a company called Du Métier (PTY) LTD. I also manage an IT company (Nerdshop) of which I am the Managing Director. Being a forensic investigator and traveling the country, exposed me to some awesome scenery. The problem is that I raced passed this scenery most of the time as there was work to be done. Only here and there would I take a pic or two but never really paid too much attention to it.

In 2004 and 2005 I often attended racing at Kyalami and rather enjoyed taking racing pictures. The problem however was getting into the better spots to get better shots and secondly the film development and printing of photographs cost a bundle. In December 2007 Peter Viljoen in the Superhatch racing series approached our company for sponsorship. Because Du Métier (PTY) LTD is aligned with the motor industry and motor vehicle collisions we felt it appropriate to sponsor him and become involved in motor racing. I attended a race in March 2008 to get a few shots of Peter racing the wheels off the Peugeot 206 GTi and got very excited about the racing photography, but just never got around to the next races.

In May 2008 I was diagnosed with cancer (Non-Hodgkin’s Lymphoma). I suddenly realised that all I do is work. Work was my hobby and probably contributed to my state of bad health. I had nothing to get my mind off work and relax. The realisation that a very long and hard battle lay ahead of me and that I need to start looking after my health lead me back to the stuff I love very much; Photography and motor racing.

Most of 2009 I spent testing, playing, practicing, to see what works, what looks good, etc. I attended most of the Pro Tour Series races and almost every event at Zwartkops Raceway. Both my favourite series and venue at the time. As for the cancer, I am in remission and going for regular checkups. Only time will confirm my thoughts; I am one of the fortunate people to be cured from cancer.

Where I am now

I use to attend and cover most events at Zwartkops Raceway. In 2013 I fell in love with the BMW Car Club Gauteng club racing series. In 2014 we were appointed as their official Media Liason and again confirmed for 2015/2016 and 2017. Since 2013 we have covered the annual SEFAC (Ferrari) Track Days held at Kyalami Race Track. In 2014/5/6 we also covered the INEX Legends Racing Series as well as the Alfa Trofeo Racing Series.