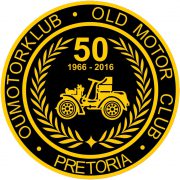 Zwartkops Raceway once again plays host to the 37th Cars in the Park on Sunday, July 31, 2016

It was a chance meeting between two old car enthusiasts just near Loftus Versveld in the mid-1960s that saw the establishment of the Pretoria Old Motor Club, and the subsequent hosting of Cars in the Park, the country’s premier “old-car” event.

Legend has it that Erwin Kuschke was driving his Ford Model T down Park Street in Pretoria one Saturday morning when he came upon Steffan Stander driving a Model A Ford. The two naturally sounded their “ah hoo-gah” hooters and stopped for a chat, and that confluence saw the idea for an old car club take root. In 1966 the Pretoria Old Motor Club was officially formed, and the rest is pretty much history!