Photographs of the Bridgestone BMW Car Club Gauteng Track and Race Day – 2019 event hosted at Zwartkops Raceway on 11 May 2019. 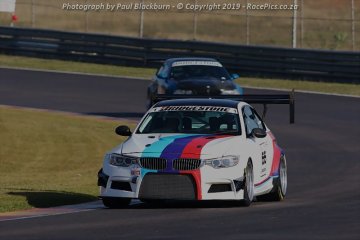 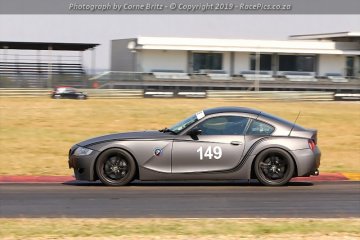 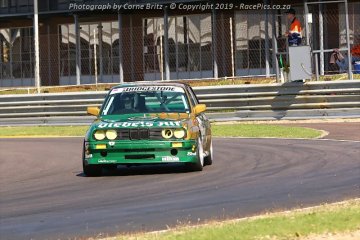 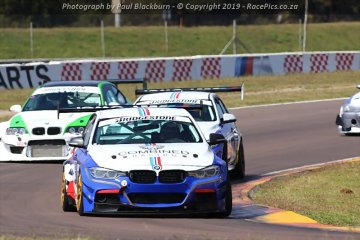 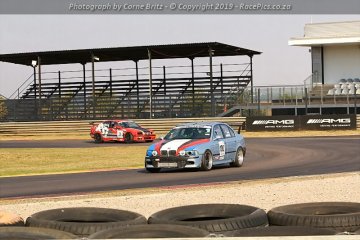 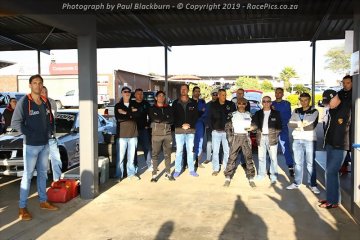 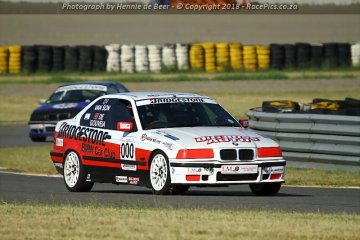 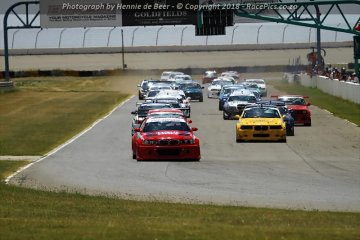 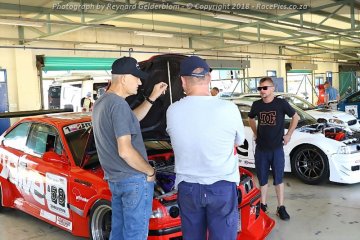 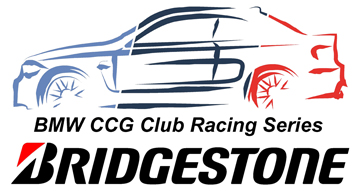 The Bridgestone BMW Club Racing Series will once again return to the Free State mining town of Welkom for round six of the 2015 Championship on Saturday 22 August. The series will join the popular Extreme Festival series yet again for a day of nonstop racing action.

With more than thirty entries expected, the competitors in this popular series are sure to put on an action packed racing display.

As always the Overall and individual class championships will be on everyone’s minds. With the title chase now well established, a number of contenders have emerged at the top of their individual classes. 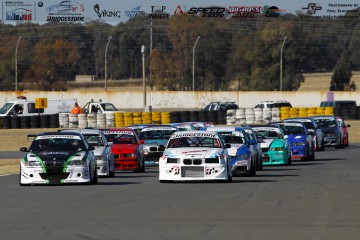 Mishal Sing (E92 M3) continues to lead the class A championship despite missing out on the previous Phakisa outing. Devin Robertson (E90 320i Turbo) holds onto second place, with the injured Ricky Giannoccaro (E46 M3 GTR) still being credited with third position. Jimmy Giannoccaro (E82 135i) and Gianni Giannoccaro (E46 M3) are still trailing the leading trio but are expected to pick up valuable points at this event.

The class B title chase has seen a number of changes. Julian Fameliaris (E36 328i Turbo) and Zimbabwean Darren Winterboer (F30 335i) are now tied on points at the top of the leader board. Riaan Woest (E46 M3) drops back to third position but is only a solitary point behind the leaders. Manny Ribeiro (E36 325i Turbo) leapfrogs into fourth position ahead of Andries Greyvensteyn (E46 M3 Turbo). Dino Fameliaris (E36 328i Turbo) will be hoping to leave his early season gremlins behind him and get back to his points scoring ways.

Stefano Martinelli (E36 328i) continues to dominate the class C ranks. Fred Kruger (E46 M3) proved at the previous event that he now has the pace to be a serious contender and will be looking to turn the tables on the current championship leader. Feroz Ebrahim (E46 M3 GTR) is expected to make a welcome return to the series after missing the previous event and has already shown that he can be a front runner in the class earlier in the season. Warren Dodd (E36 328i) moves up to fourth position but is only a solitary point ahead of Shane Grobler (E36 328i). With a number of other capable drivers in the class the fight for points is expected to be closer than ever.

The class D title chase couldn’t be closer with Mike Salt (E36 323i) and Arri van Heerden (E30 2.7) tied on points at the top of the score board. Craig Ball (E36 328i) moves into third position after a string of good results at the previous Phakisa event. Trevor Long (E36 328i) drops back to fourth position but is still only two points behind Ball. Bevan Meyer (E36 325i) holds onto fifth position and will be looking for more consistency to close the gap on the leaders. Edwin Dreyer (E46 M3) is finding more pace at every event and his consistency has now seen him move into the top six. With various other talented drivers in the class, the top six will need to worry about trying to score maximum points for themselves.

The class E Challenge class has seen their numbers grow after the previous event. Alan Hilligenn (E36 328i) still holds a two point advantage over Mike Grobler (E36 328i), but newcomer Jan Eversteijn (E36 328i) will be looking to take points away from the early season leaders.

Mish-al Sing (Class A E92 M3) has seen his lead in the Overall championship drop to a single point. Stefano Martinelli (Class C E36 328i) has moved up to second position and is breathing down the current leaders neck. Julian Fameliaris (Class B E36 328i Turbo) and Darren Winterboer (Class B F30 335i) are tied on points for third position with Riaan Woest (Class B E46 M3) dropping back to fifth, albeit a solitary point behind his class rivals. Mike Salt (Class D E36 323i) and Arri van Heerden (Class D E30 2.7) find themselves tied on points for sixth position now as well.

The Club was formed in 1981 to afford likeminded enthusiasts the opportunity to interact with each other through a comprehensive calendar of events, a club magazine and website portal. The Club also organizes adrenaline and social based events such as breakfast runs, classic car gatherings, Concours d’Elegance competitions, noggins, weekend trips, gymkhana’s and top speed events. The Club is proud of its family ethos where all enthusiasts are welcome. Annual membership starts from as little as R350, more information is available at www.bmwcarclub.co.za.